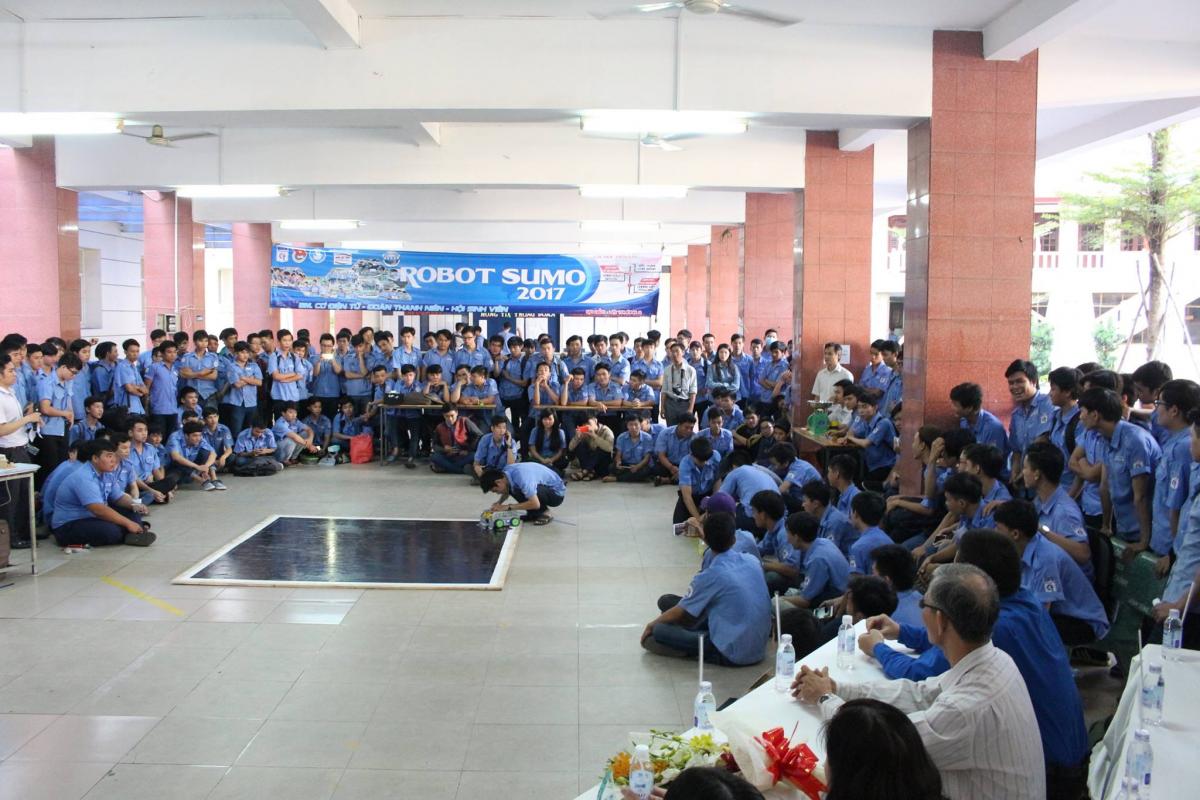 More than 250 engineering students joined to watch and participate in Robot Sumo 2017. The ultimate goal was to push the opponent’s “Sumo wrestler” out of the ring without violating any of the rules. (Photo credit: Nguyễn Mậu Tuấn Vương)

More 250 engineering students formed teams consisting of two to four members to design and build robots. Robot Sumo, usually an all male competition, saw three female students register and participate this year. The robots had to conform to certain requirements of size, weight, control system, power supply and safety. Most of the teams built their own Android apps to control their robots. The ultimate goal was to push the opponent’s “Sumo wrestler” out of a 2.4 by 2.4 meter ring without violating any of the rules. In preparation, and to better support the teams, CTTC held classes with robot-related topics in advance of the competition. 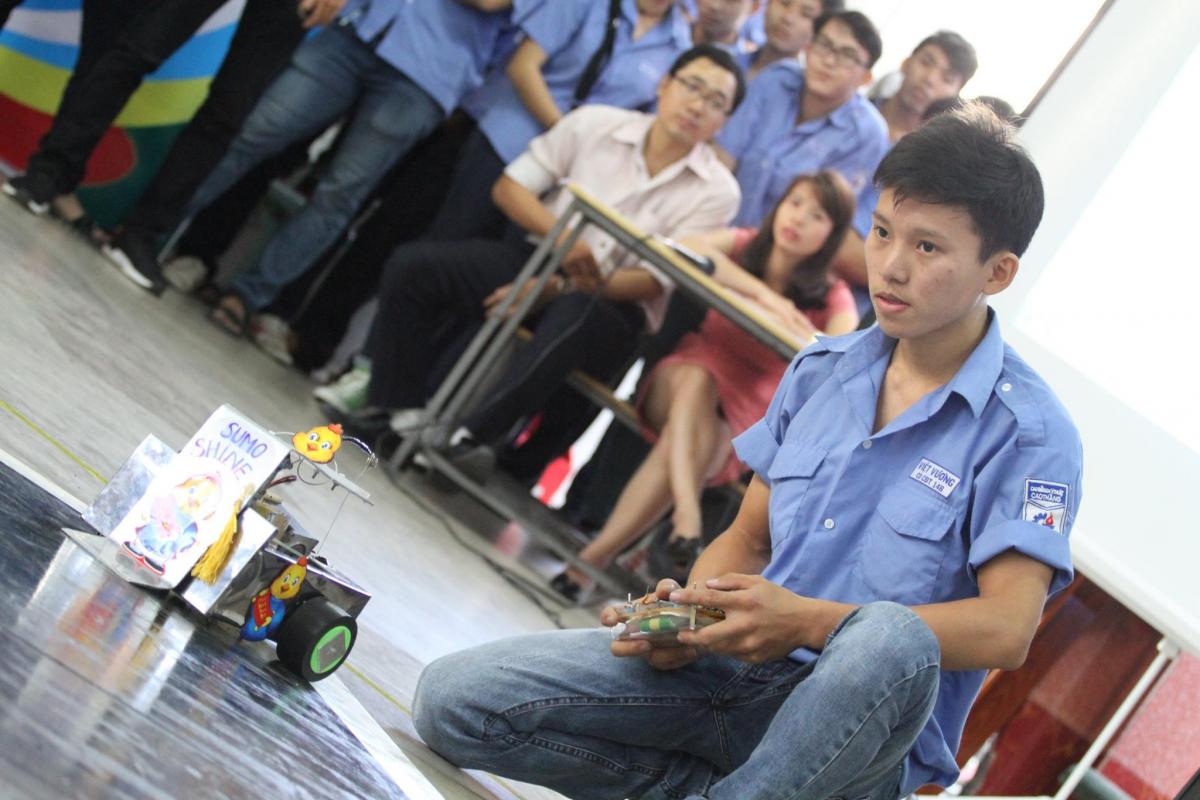 The qualifying round was held on December 16, 2016. The sixteen best teams advanced to the final round held on January 6, 2017 to compete and be judged by faculty from the mechatronics department at CTTC. HEEAP Vocational participant, Nguyen Mau Tuan Vuong from CTTC, served as a judge in the competition. “We wanted to provide our students with a way to have fun with engineering,” Vuong said. “With Robot Sumo they worked together and laughed and actually applied what they learned in the classroom by building a real robot.” 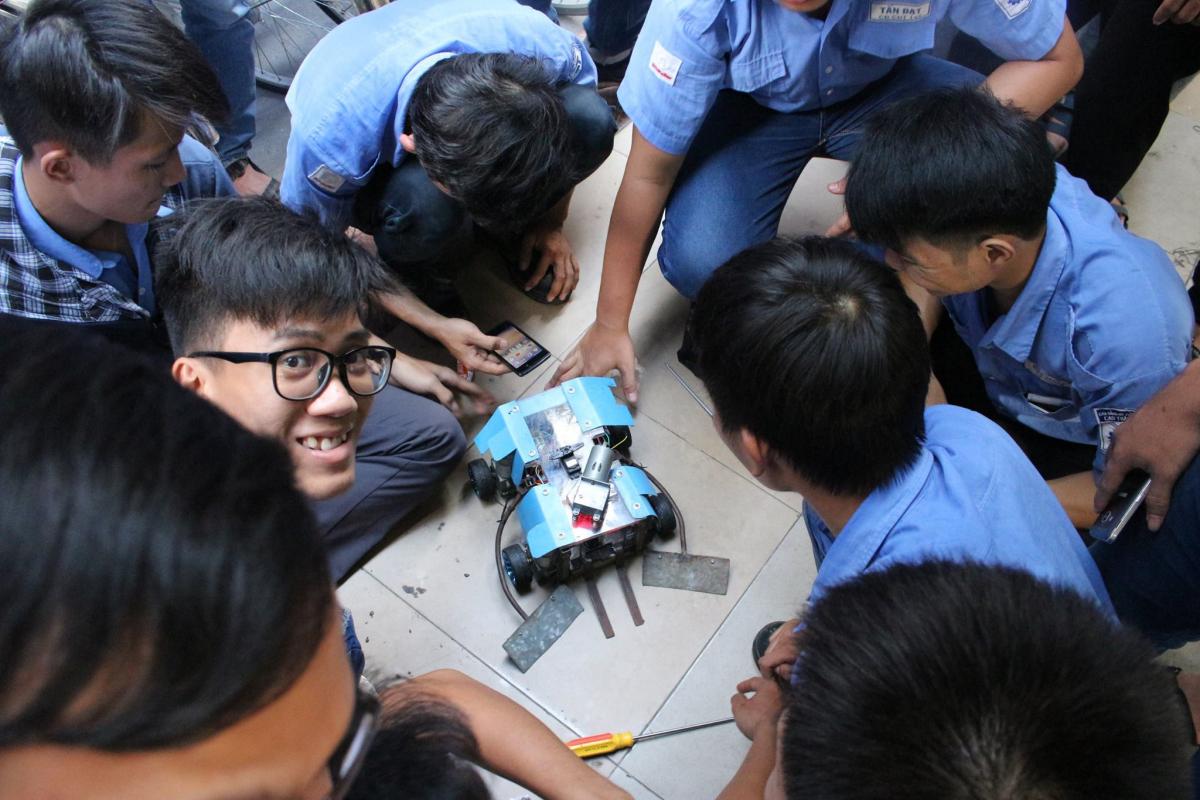 A team of students from CTTC test their sumo robot with an application they created on their phone. (Photo credit: Nguyễn Mậu Tuấn Vương)

With the success of Robot Sumo 2017, CTTC plans to keep this as an annual competition to enhance student learning experiences. 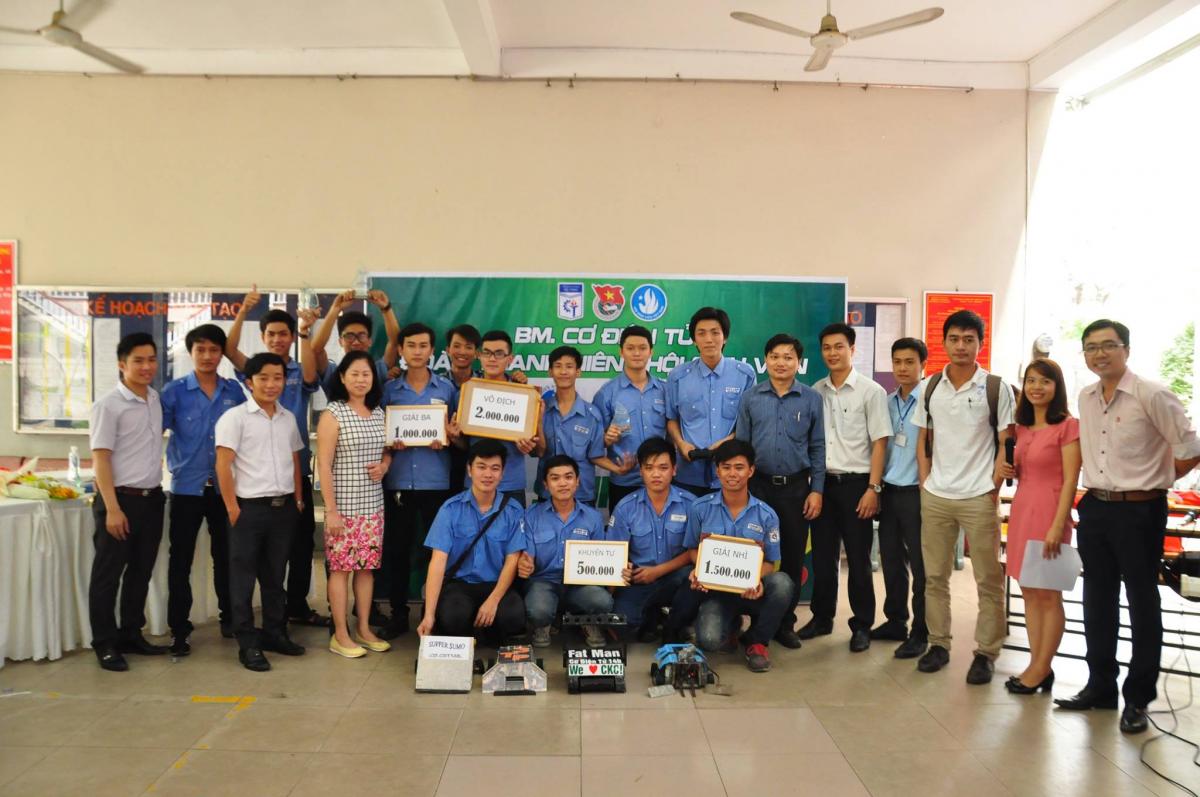