So why not promote these breakthroughs in engineering education across the globe?

Recent grants will further Fulton Schools initiatives that aim to do just that.

The grants enable exciting possibilities: bringing the next generation of Southeast Asia’s engineering and technology leaders to Arizona State University to think about social change; sending teams of Fulton Schools students to Vietnam to work with local students on engineering-based problems; and creating collaborative maker spaces for hands-on learning in Vietnam.

The office of Global Outreach and Extended Education (GOEE), seeded within the Fulton Schools at ASU, is leading these efforts with grants from the U.S. Department of State and the United States Agency for International Development (USAID). 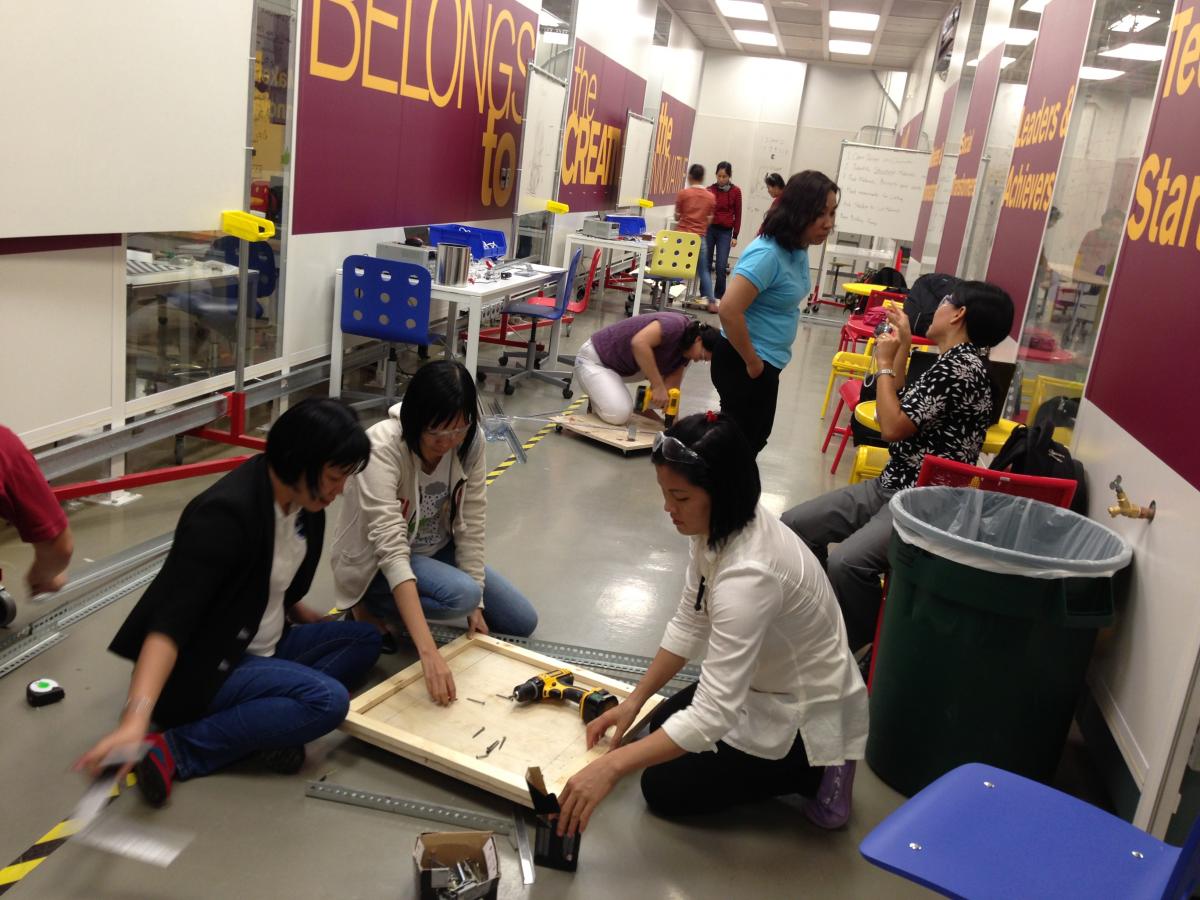 The grant was awarded to a collaborative team from Fulton Schools of Engineering and the College of Public Service and Community Solutions at ASU.

Launched in 2013, YSEALI is strengthening ties between the United States and Southeast Asia, and sparking innovation and initiatives that foster social change within the region.

“We’re working with the U.S. government to bring students to ASU, where they can develop skills that will prepare them to become future leaders and ambassadors within their home countries,” said Jeff Goss, the principal investigator for the project supported by the grant, as well as the executive director of GOEE and an assistant dean in the Fulton Schools.

At the Social Entrepreneurship and Economic Development Institute, hosted by the Fulton Schools, the students will shadow successful community organizers, learn tools for effective communication and leadership, explore the key elements of human-centered design, and develop entrepreneurial ideas and business models.

During the institute event, the YSEALI Fellows will network with Fulton Schools’ students in classes, and with leaders of student organizations and student projects to promote collaboration.

“This provides our students the opportunity to consider engineering in a global context and to engage in the implementation of the YSEALI student projects,” Goss said.

Each YSEALI Fellow will generate a project proposal that will serve as the blueprint for a social change initiative relevant to his or her home country. At the end of the institute event students will travel to Washington, D.C., to demonstrate the skills and knowledge they gained by presenting their capstone proposals to the U.S. State Department. Students will also attend seminars and meet with McCain Fellows and diplomatic leaders at the McCain Institute, an organization established by U.S. Senator John McCain and his family that is dedicated to advancing global leadership initiatives.

“When [the YSEALI students] return to their home countries they will know social entrepreneurship and economic development ‘best practices’ and will have developed skills to help them transform their ideas into actions that can benefit society,” said David Benson, a senior lecturer in the Fulton Schools.

Benson will serve as the academic director for the Social Entrepreneurship and Economic Development Institute with support from GOEE program coordinator Chani Clark.

The Fulton Schools are also expanding activities in Vietnam through the Building University-Industry Learning and Development through Innovation and Technology (BUILD-IT) Alliance, which brings universities, government and industry partners together to stimulate innovation in Vietnamese higher education. A $5.8 million grant from USAID and $8 million in investments from more than 20 industry partners support this initiative.

The BUILD-IT Alliance is the latest advancement in a series of initiatives led by the Fulton Schools that are aimed at improving engineering education in Vietnam.

In 2009, GOEE first connected with Vietnam through a partnership with Intel that included a $100,000 grant for faculty in the Fulton Schools to develop an interdisciplinary graduate curriculum in the Semiconductor Packaging and Manufacturing specialization — with the goal of exporting this knowledge abroad.

The grant enabled faculty to develop expertise in this area within ASU, then to impart their knowledge through a series of curriculum development workshops for faculty at schools in Asian countries, including Vietnam.

In the six years since the original partnership, additional grants totaling more than $25 million from founding partners Intel and USAID and other industry, academic and government partners have supported a transformative national higher education collaboration — the Higher Engineering Education Alliance Program. Known as HEEAP, the program lead by ASU is leading the redesign of top technical universities in Vietnam through improved teaching methods, a leadership institute focused on strategic change and accreditation, and faculty training, coaching and mentoring both at ASU and across Vietnam.

“With the BUILD-IT Alliance we are furthering this impact by introducing new and innovative curricula approaches to faculty members in Vietnam that span a variety of STEM (science, technology, engineering and math) disciplines,” Goss said.

This includes sharing some of the Fulton Schools’ most innovative and successful student programs and initiatives, such as the Engineering Projects in Community Service (EPICS), eProjects programs and the eSpace model.

“We intend to create a bilateral collaboration of curricula — and students — between the Fulton Schools and Vietnamese technical universities,” Goss said.

As part of the BUILD-IT Alliance the Fulton Schools will construct two collaborative maker spaces in the Vietnamese cities of DaNang and Ho Chi Minh City for students to design, build and test products, services and other inventions. The goal is to better prepare the students to become the next generation of engineers, scientists and technologists and have a positive impact on Vietnam’s social and economic development.

“These are spaces where students go to build and work as real engineers — from collaborating on hands-on projects with industry sponsors to developing their own inventions,” Goss said.

These maker spaces will be similar to eSpaces at ASU’s Tempe campus that serve as hands-on learning spaces for freshman engineering students.

The spaces will also provide a place for collaboration between Vietnamese and visiting Fulton Schools students, particularly students in the EPICS program, which organizes teams of undergraduate students to design, build and deploy systems to solve engineeringbased problems for various communities and not-for-profit organizations.

“Next year we expect to send ASU EPICS teams to Vietnam, where they can tackle engineering problems relevant to the local community alongside Vietnamese students,” Goss said.

The BUILD-IT Alliance was proposed by GOEE in response to USAID’s call for concepts to stimulate innovation in Vietnam’s higher education system through public-private alliances. Universities and non-governmental organizations across the nation submitted proposals. This is the third Global Development Alliance grant that the Fulton Schools have received.

The BUILD-IT Alliance will function within a dynamic ecosystem of students, faculty, industry and government collaborators. In addition to introducing new student learning platforms such as maker spaces for hands-on engineering education and curriculum improvements across Vietnam, the alliance aims to implement institutional policy change.

This agenda will be advanced through semi-annual events hosted by visiting ASU faculty and staff that include executive leadership training and a forum geared toward women.

Sherry Boger, vice president and general manager of Intel Products Vietnam, said, “HEEAP has proven to be an outstanding example of the powerful difference that can be made with a strong public-private partnership. ASU has been leading the program to achieve key objectives and today [Intel is] hiring quality students who have benefited from the improved instruction, curricula and labs.”

Since 2010 more than 4,700 faculty, institutional leaders and quality assurance professionals — 27 percent of them females — have received training through HEEAP.

“The HEEAP Consortium and its projects like BUILD-IT are attractive because they span many different sectors,” Goss said. “Businesses are involved because they benefit from the workforce success, universities benefit from improved student learning and retention, and all of these things attract government support because they improve society.”