On September 12, 2016, a delegation of government officials from the Vinh Phuc Province in Vietnam came to visit ASU in follow up to an MOU that was signed between the province and ASU in 2013. Since the signing of the MOU, new government officials had been elected and were delighted to discover that ASU has a very active presence in Vietnam, including a satellite office in Ho Chi Minh City. 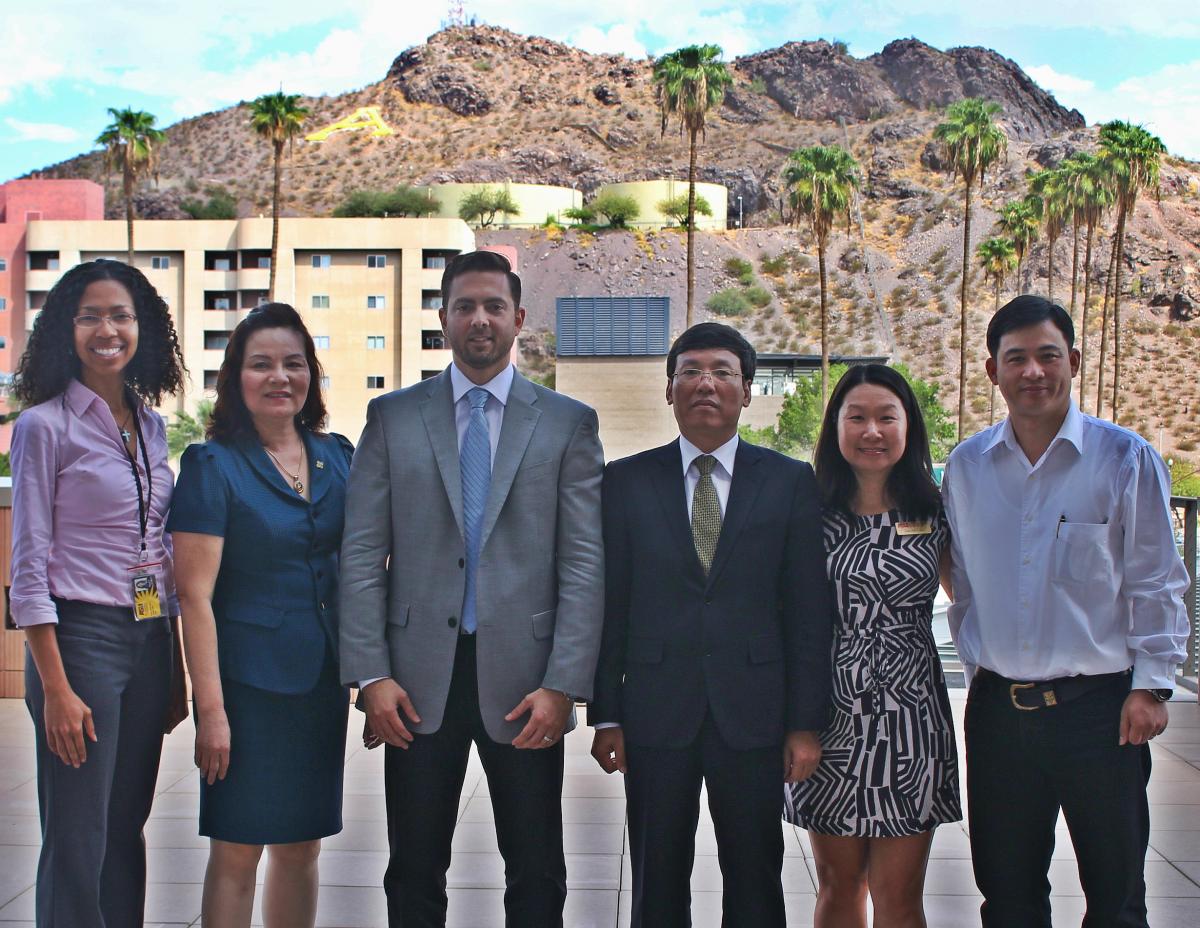 The day began with a presentation by the Associate Director of the Office of Global Outreach and Extended Education, Jose Quiroga, who went over all the projects in which ASU is currently involved in Vietnam, including introducing HEEAP and the newest project sponsored by the U.S. Agency for International Development, Building University-Industry Learning and Development through Innovation and Technology, known as BUILD-IT. Quiroga extended an invitation to Vinh Phuc officials to participate in HEEAP’s annual Vietnam Engineering Education Conference to be held in Hanoi next March.

Because the province of Vinh Phuc is prime for development, the delegation chose to meet with the College of Public Service and Community Solutions, the School of Sustainable Engineering and the Built Environment, which is one of the Ira A. Fulton Schools of Engineering, and the School of Geographical Sciences and Urban Planning. Conversations with each school centered on how outstanding students from Vinh Phuc could be selected to participate in tailored undergraduate and graduate programs at ASU and return to Vietnam to begin to implement lasting change in their native province.

After a tour of the Tempe campus, the delegation’s final meeting was with the Director of Global Launch, Julia Rosen, and James Cervin, head of Global Launch’s English education initiatives in Vietnam. Le Duy Thanh emphasized that the greatest educational need in Vinh Phuc is English instruction. A plan was mapped out that included enrolling more than 200 government officials, English teachers and students in Global Launch programs within the next year.

Vinh Phuc drafted and submitted an updated MOU that is being revised to include the newly discussed ideas for partnership. Tran Hoai Duong spoke on behalf of the delegation in gratitude to ASU stating, “Thank you so much for your kind support. I do look forward to working with you in the upcoming time.”

Quiroga and Cervin will be visiting Vinh Phuc in the following months to ensure the continued advancement of collaborative opportunities between the province and ASU.