A contingent of more than 30 delegates from the Ho Chi Minh City People’s Committee, led by Party Secretary Nguyen Thin Nhan, met with Arizona State University officials at the McCain Center in Washington, D.C. on December 16 to begin an initiative to support the HCMC Smart Sustainable City Project.

The ASU-HCMC People’s Committee will launch a Decision Theater in HCMC and will focus on transportation as an initial project area. Future bi-lateral projects will include emergency preparedness, education, energy and security for HCMC, Vietnam’s largest city with an estimated population of 10 million. 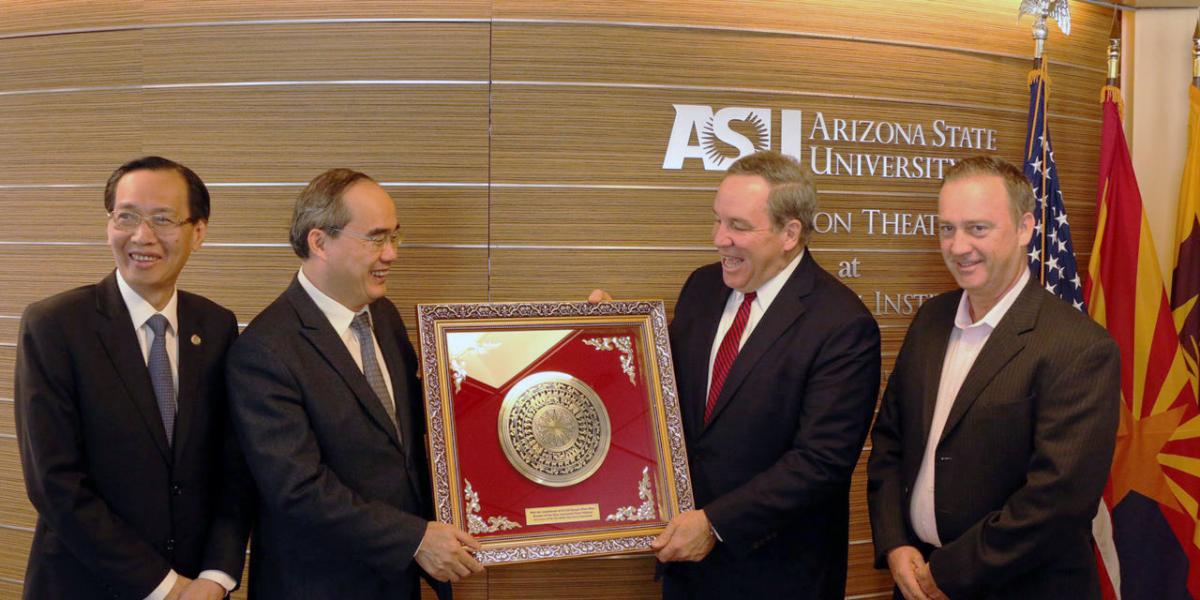 The Decision Theater is an immersive “visualization theater,” with facilities in Tempe, Arizona and Washington, D.C., that uses collaboration, computing and display technologies that enable participants to visualize solutions to complex problems in arenas that will be critical to building smart city.

Interconnectivity technologies, including an infrastructure for data collection and analysis that can be deployed across networks like emergency services, transportation systems and energy and water management, can be identified and managed through the Decision Theater’s Complex Systems Framework. Decision Theater’s MapStory provides a spatial data infrastructure for mapping and social networking projects, and computer modeling capacity allows outcome prediction based on internet of things variables.

The delegation’s visit to the McCain Center was hosted by Global Outreach and Extended Education in ASU’s Ira A. Fulton Schools of Engineering, which has been at the forefront of ASU’s collaborations with Vietnamese universities in partnership with the U.S. Agency for International Development and major industry partners.