Twenty students and two professors from the School of Mechanical Engineering’s (SME) Shibaura Institute of Technology (SIT), flew to Hanoi from Japan in late February to participate in a global project-based learning (PBL) collaboration with Hanoi University of Science and Technology (HUST) and SME. The challenge of the project was to design and create a vehicle that was able to store and use its own energy and was capable of running a distance of exactly five meters. 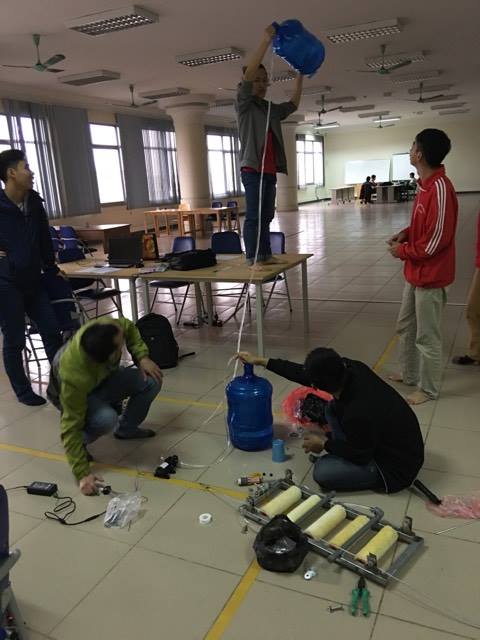 Twenty students from HUST were also a part of the collaboration that was sponsored by both schools. Together with the students from SIT, ten teams of four students were formed to take on the challenge. Each team included two students from HUST and two students from SIT. Before any building began, returned HEEAP University Cohort participant and lecturer at HUST, Truong Duc Phuc, gave a brief presentation about the program, engineering design process and project management. Students were given access to use the facilities at HUST and just 11 days to turn their ideas into fully functional energy self-storage vehicles. 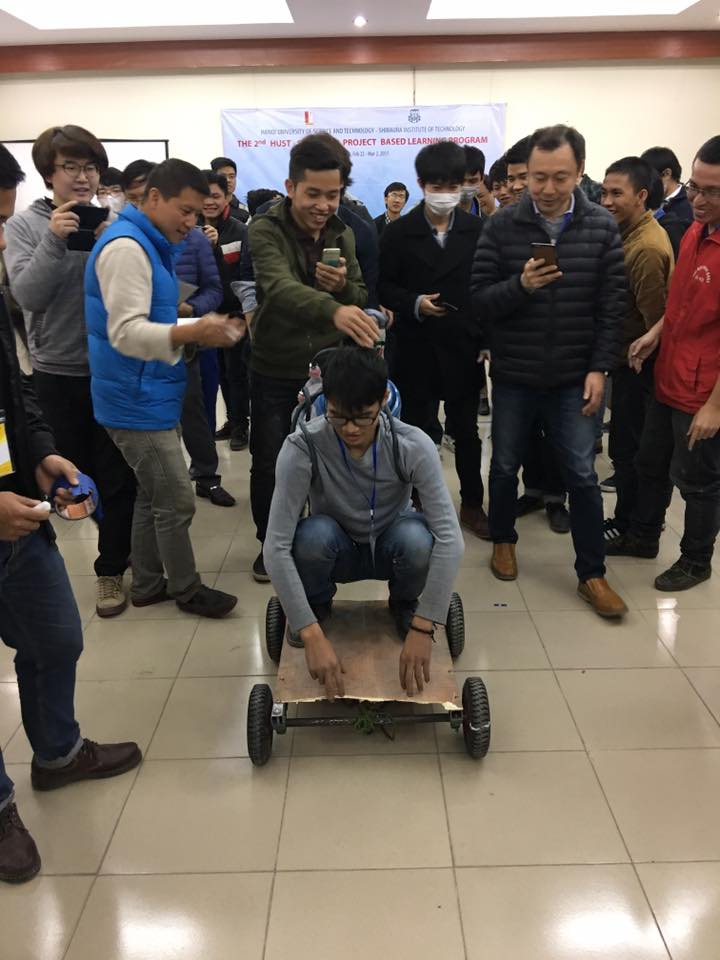 Students snap photos and record with their phones to see how far
the first team’s vehicle can run. (Photo credit: Truong Duc Phuc)

The final competition took place on March 4, 2017 and the students were ready just in time to showcase their inventions. All of the teams managed to create vehicles that actually ran, but the first place prize certificate went to the only team whose vehicle ran the required exact distance of five meters. Another certificate was awarded to the team with the best vehicle design. All students, however, learned first hand how to collaborate in a global team, how to manage a project and how the engineering design process is completed from idea conception to product delivery.

The project was such a success that both schools have plans to sponsor the collaboration again next year. Phuc was so impressed with his students’ participation in the event, that he has plans to begin a PBL Club at HUST-SME, where students will be able to engage in and learn from even more hands-on design engineering projects and programs. 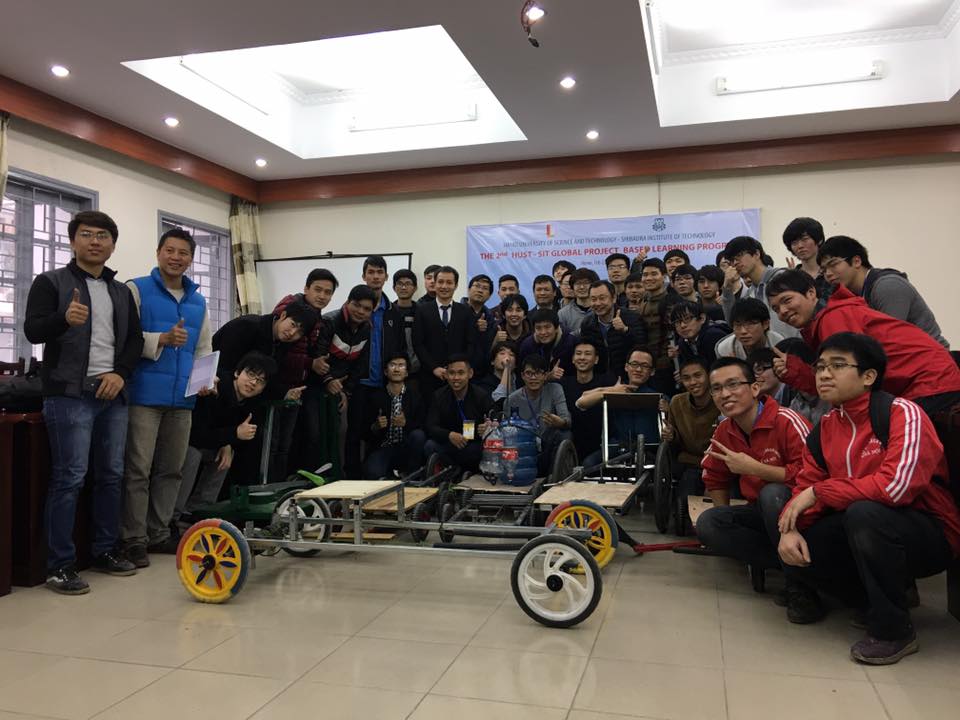 Faculty and students from HUST and SIT pose proudly with their vehicles. The project was
such a success, that both schools have plans to produce the activity again
next year.(Photo credit: Truong Duc Phuc)